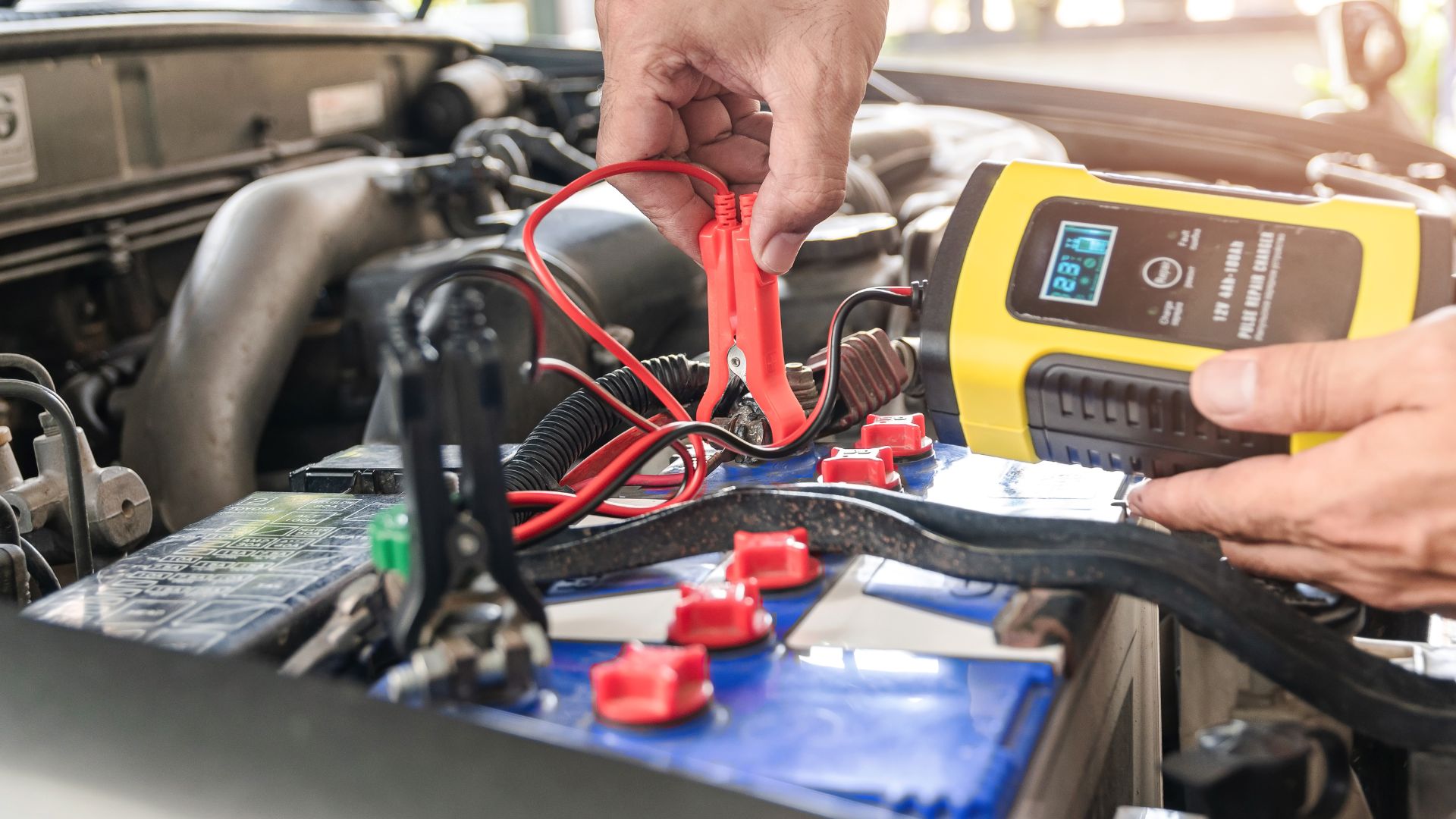 Zero amps on a battery charger shouldn’t scare you. These readings will appear because of one or more of the following factors:

Is your battery flat? Experts will encourage you to charge your battery before it hits zero. But if the worst comes to pass and your battery discharges completely, it won’t respond when you connect a charger, at least not initially.

The amp meter stay at 0 amps (or near it). However, after fifteen minutes, the amp meter will gradually rise, showing that your battery has started accepting the charge.

Loose connections are a common problem among electronic devices. In the case of a battery, the amp meter will show 0 amps because of bad connections. You can confirm your theory by wiggling the connections at the clamps.

The connection is bad if the amp meter’s readings jump momentarily before falling back to 0 amps. Be careful. Loose connections can cause arcing. This is why experts encourage consumers to wear protective gear before handling batteries. That includes goggles.

A battery with zero amps is probably dying. Batteries do not last forever. Eventually, they fail. You shouldn’t panic until you confirm your theory using the following steps:

Read Can A Battery Tender Charge A Dead Battery?

Poor contact between the rectifier and load can produce zero amps even though the voltage is present.

Some people dismiss the possibility of a bad battery because the charger shows a voltage. However, a defective battery can still show a decent voltage on the display. The voltage doesn’t mean your battery is healthy.

Things To Consider While Charging Battery

If you’re new to batteries and chargers, the following variables and considerations will tell you what to expect the next time you charge a battery:

Cars have alternators and regulators that recharge the battery. However, you can take them out and charge them using an external charger.

Some chargers are simplistic. You connect them to a battery before switching them on. Once the battery is full, you switch them off. These are called single-stage chargers. You will also find multi-stage charging systems on the market.

You will find 40A, 10A, 4A, and 2A chargers on the market. 40-amp chargers are the fastest. They will give your battery the charge it needs to run the car in a few minutes. 10-amp batteries can take as many as 14 hours to charge a large, fully discharged battery.

4A and 2A batteries are the slowest. They will charge a battery in 24 hours or more. Common sense will tell you to select the charger with the highest amp rating. However, a 2-amp charger is safer than its 40A counterpart because it produces less heat.

Fast chargers introduce a risk of overheating, which, in turn, reduces a battery’s lifespan.

When you connect a battery to a charger, you need to know what the readings on the amp meter mean: