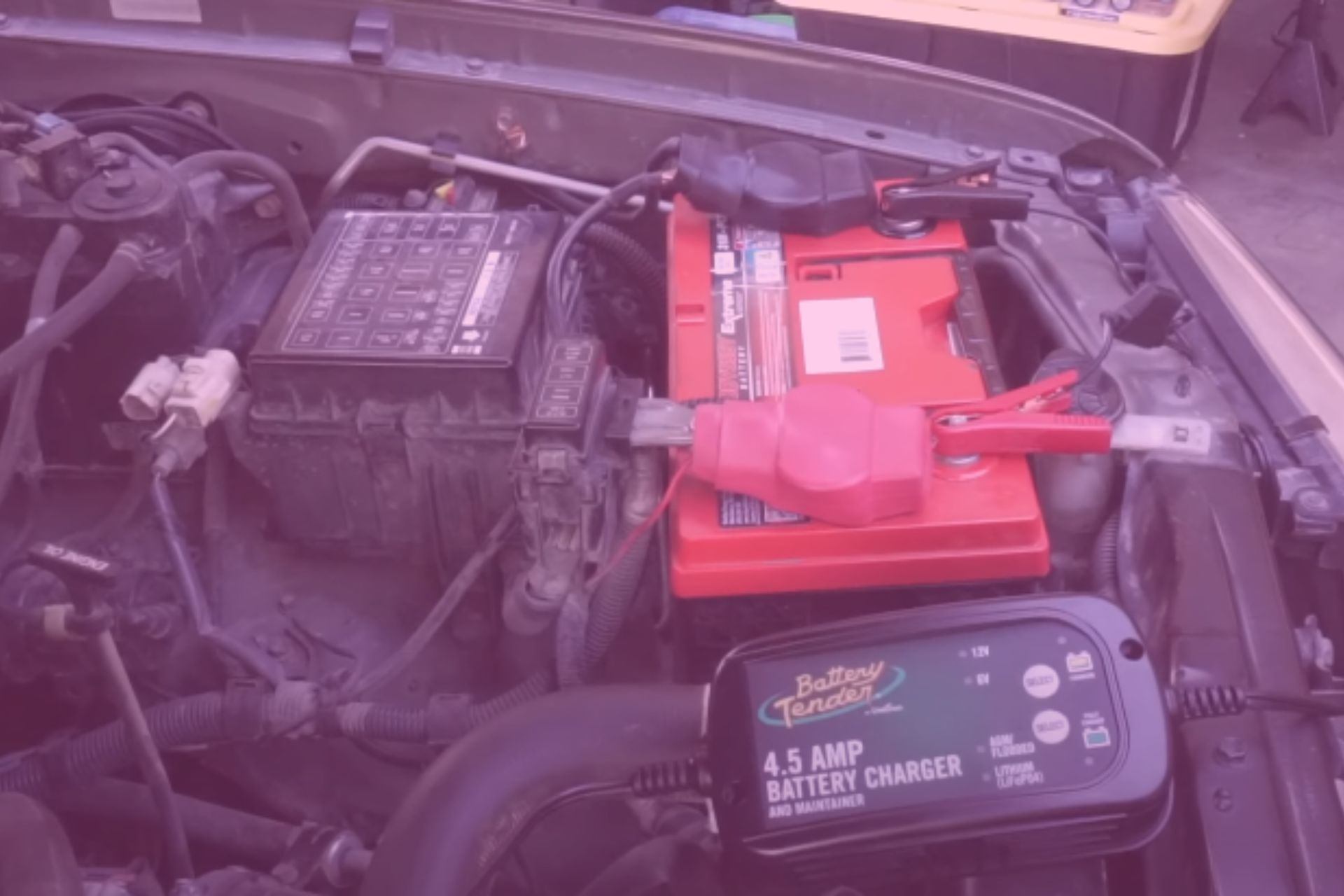 Car batteries die because of parasitic drains. Basically, any electrical device that connects to the battery will consume small amounts of charge until your battery is empty. That doesn’t even account for the threat of self-discharge. But how can a battery tender help you?

Can A Battery Tender Charge A Dead Battery? A battery tender can charge a dead battery. But you need at least 2 volts in the battery. The tender can use small volumes of electricity to bring the battery back to life, but not if it has 0 volts. One solution involves connecting two batteries, one good and the other dead, in a parallel circuit.

A battery tender will check the functionality of the battery before entering bulk charge mode. This is where it delivers its full charge to the battery until its voltage rises to a predetermined level.

The final stage is called the maintenance charge mode. This is where the battery tender keeps topping off the battery. According to the Battery tender, their device is better than a trickle charger because it has a brain. It includes a microprocessor that controls the battery tender’s sophisticated functions.

Make sure you select a battery tender type that fits your situation. Some maintainers will only accommodate specific battery types, such as lead-acid and lithium-ion. You may kill a battery by pairing it with the wrong maintainer.

Was the tender even designed with cars in mind, or is it better suited to household batteries? You must answer these questions and more before proceeding.

How Do You Charge A Completely Dead Car Battery With Battery Tender?

Charging a dead battery is that quick and easy. Although, complications may arise. Keep the following in mind:

1). Don’t proceed without checking the manual. What does it say about charging a dead battery? The battery tender’s efficacy may depend on the model. Take this Battery tender guide as an example. It warns consumers against using a battery tender junior charger to charge a battery with less than 3 volts.

Apparently, the internal safety circuit won’t permit the charger to deliver the voltage the battery needs until it detects three volts or more. A flashing red light will let you know that the battery tender junior charger has refused to accommodate the needs of the dead battery.

3). Sometimes, the battery tender fails because you connected it to a power strip or extension cord instead of a wall outlet.

4). Inspect the fuse of a battery tender that refuses to charge the battery. You should also look for loose connections.

5). If you connected the tender to the battery several hours ago, maybe even a day or two ago, and it still isn’t charged, test the battery. It might be defective, especially if you haven’t used the battery for years.

How Do I Know If My Battery Tender Is Charging?

The battery tender has LEDs that tell you everything you need to know about the operations of the device. For instance:

It is worth noting that flashing LEDs do not guarantee that a battery is charging. A defective battery can refuse to accept the charge even though the battery tender’s lights are blinking.

How Long Does It Take A Battery Tender To Charge A Completely Dead Battery?

It can take eight hours or less to charge a dead battery. But that is not a guarantee. The deciding factors include the type of battery tender and the health of the battery.