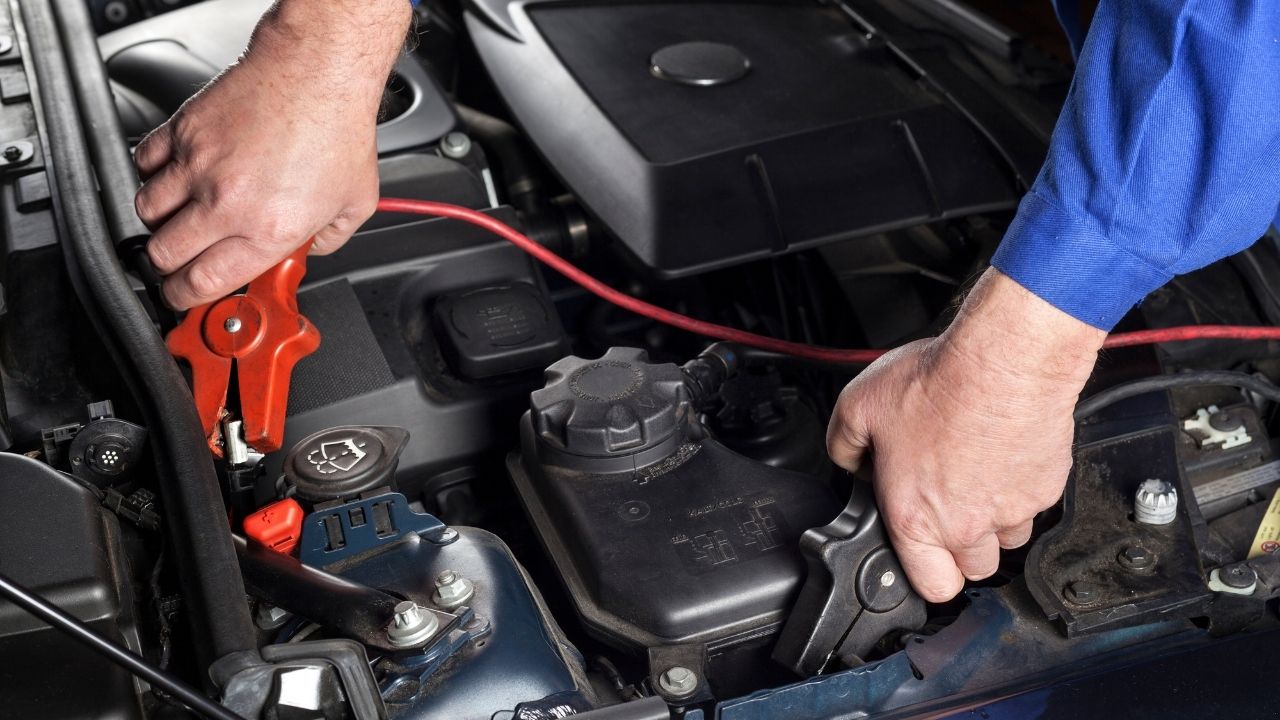 A dead car battery can throw a spanner in your plans. However, the solution is to perform a car battery jump start.

How Long Does A Jumped Battery Last?

If the battery is proper and has just lost charge, jumpstarting a car battery and driving after that ensures that it will work consistently. However, if there is any fault with the battery, it will not retain that power. In that case, it cannot provide you with power for more than 15 minutes.

Is A Car Battery Good After A Jump?

Thus, whether a battery is good enough after a jumpstart depends on whether it lasts for fifteen minutes or more than thirty minutes.

Before testing the same, make sure that you drive around consistently for at least an hour after jumpstarting it. Only then will you have the answer to this question.

Does Jumpstarting Cause Any Damage?

Jumpstarting can damage your battery in case of:

If you notice any physical damage to your battery or leaked acid, jumpstarting that car battery can certainly damage it. It can lead to a fire as well. That is why, before jumpstarting your car battery, do make sure that you check the physical condition of the battery and after that take a call on jumpstarting.

If you do not know why the battery has discharged, the problem can be more severe than what you’re thinking of. In that case, jumpstarting your car battery can be risky. It can permanently damage the battery.

That is why you have to try and detect the problem and take a call on jumpstarting the battery.

If you use substandard jumpstart cables, it can lead to sparking. That is because the connection with the terminals might not be proper. Sparking can easily damage the car battery.

That is why, if you do not have high-quality jumpstart cables, you shouldn’t jump-start your car.

What Happens After The Jump Start?

The process of jumpstarting your car battery involves providing an external source of power to charge a battery that has depleted. When you provide an external power source, the battery will be charged for a limited period. Once the battery starts functioning, the car’s various systems will also be activated. So, the battery will recharge through these systems.

When the battery is recharged, the external power source can be removed.

To ensure that the car systems themselves recharge the battery, you must keep the car engine functional. That is why I recommend you drive your car for at least an hour after jumpstarting the car battery.

You need to understand that jumpstarting your car battery will not charge it fully. It charges enough to provide a limited amount of power for a limited period. The rest of the charging happens through the traditional systems of the car. Those function only when the engine is operational and driving around the car.

Hopefully, now you will have better clarity regarding how jumpstarting your car works.

How Many Times Can You Jumpstart A Car Battery?

Once in a while, jumpstarting your car battery will not lead to any problem. However, if you need to do it 3 to 4 times in a row, it indicates that a car battery suffers from a more severe problem than a normal discharge.

If you have already jumpstarted your car battery the last two times, it is a good idea to avoid doing so again.

A solution to this problem is to ensure that you contact a mechanic to regularly charge the battery. Even if there is another problem, the mechanic will inspect the car battery and suggest a suitable solution.

The likely causes of the battery getting discharged again and again include:

• If you do not drive around your car for 3 to 4 weeks, it can lead to the discharge of the battery.

• In case any other system associated with the car draws parasitic current, it can also discharge the battery repeatedly.

• If you haven’t driven around the car after jumpstarting it the last time around, it can lead to discharging once again. You should drive it for at least 20 to 30 miles after the jumpstart.

In these three cases, you might need to jumpstart it again and again. However, if those aren’t the cases and you still face a dead or a discharged battery, it is best to contact a mechanic.

Do I Need To Replace The Battery After The Jump Start?

2. Error message In The Dashboard After Jumpstarting:

Parasitic current is one of the main reasons the battery might get discharged repeatedly. Frequent discharging and jumpstarting cycles can damage the battery, which will require you to replace the battery.

Fortunately, these days’ cars have various sensors. That is why; if any of the systems draw parasitic current, there will be a sign in the dashboard. That will let you know the problem, and you can remedy it in time so that there is no need to jumpstart the car battery again and again.

Thus, if you notice a problem with charge retention or error messages in your car’s dashboard after frequent jumpstarting, you will have no other option but to replace the car battery.

Will Jumpstarting Start A Dead Battery?

Jumpstarting can undoubtedly start a dead battery. The jumpstart is designed for the same purpose. It provides a high amplitude current that can charge the battery pretty quickly. That way, you will not have to spend hours charging a dead battery.

Will The Battery Die After The Jump Start?

The Best Way To Jump Start

Step One: Start The Engine:

The car whose engine is working should be closer to the car with the dead battery. You have to turn on the car’s engine whose battery is working.

You have to connect the car battery of the car whose battery is working with the dead car battery. You have to ensure that the polarity is appropriate when connecting.

Step Three: Turn ON The Car.

You have to turn on the car whose battery is dead.

After five minutes of both the batteries being connected, you have to disconnect the same.

If you have incorrectly connected the cables or messed up the polarities, the cables will suffer extensive wear and tear. That is why; you have to check the condition of the cables after the jumpstart.

The procedure isn’t complete after the jumpstart. You have to consistently drive your vehicle for 20 to 30 miles. Only then, the other car systems will recharge the battery further.

Thus, handling the car battery jumpstart is not that difficult. However, it depends on how long the battery can retain the charge after jumpstarting. Only that will determine whether you need a new battery or continue with the same one. Once you follow our guide above, it can become really easy to jumpstart your car.