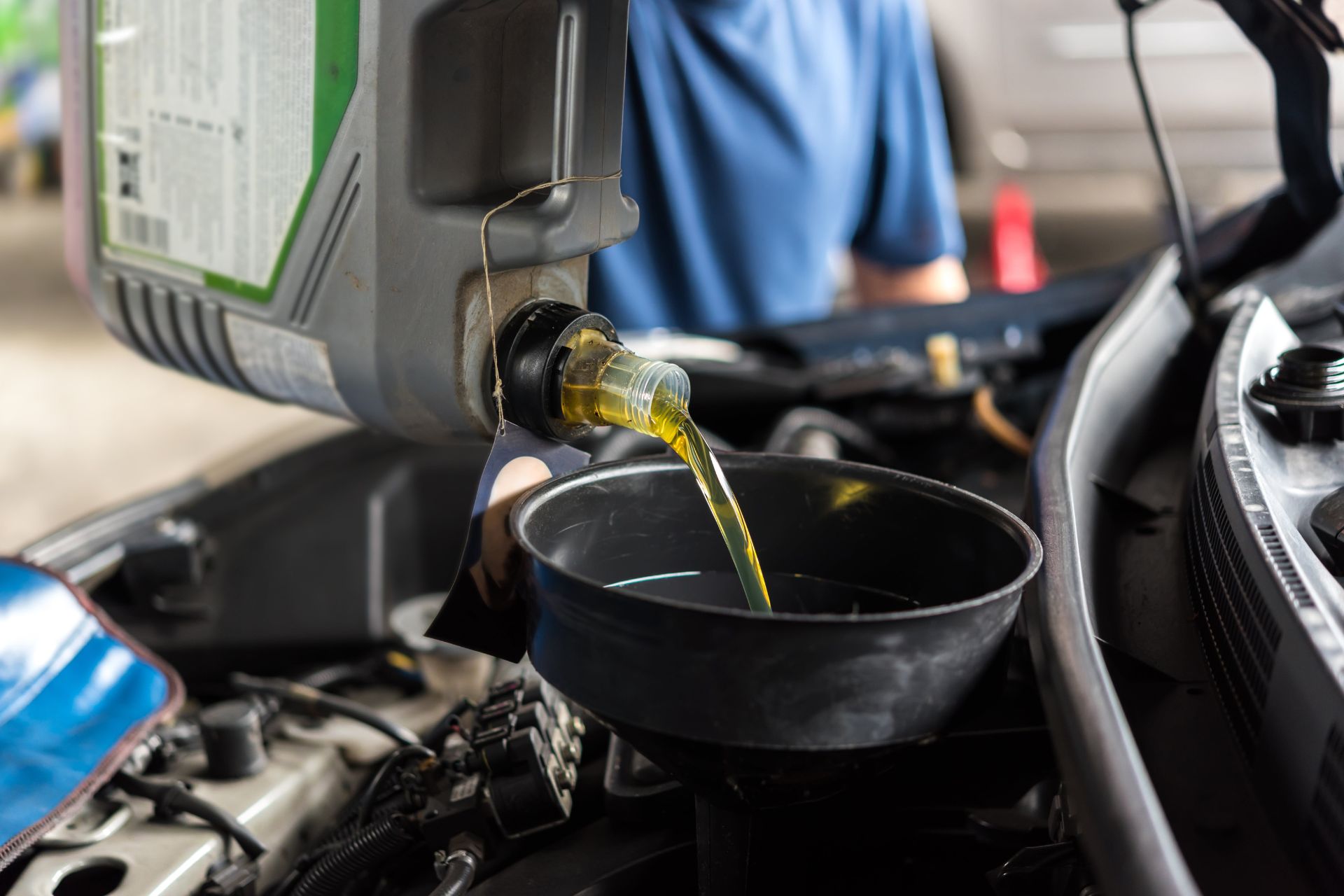 You can always use 15w40 instead of 5w20 if you do not have another option. The engine oils perform similarly in hot weather. However, 5w20 will perform better in cold temperatures compared to 15w40.

If you are going to use 15w40 instead of 5w20 and vice versa, do not make it a habit. This is because you will notice a difference in how your engine performs, especially in cold weather. Therefore, it is always best to use the engine oil recommended by the manufacturer.

Using 15w40 instead of 5w30 over a long period will shorten your engine’s lifespan because the oil is thicker and will likely not flow to the engine’s moving parts as quickly as needed.

On the other hand, 5w30 engine oil provides less friction which explains the better fuel economy than 15w40.

Yes, but only in high temperatures. 15w40 is best suited for engines operating in hot temperatures and vehicles with worn-out engines. This is because it is more likely to offer better engine protection in those cases.

On the other hand, 5w40 is multigrade engine oil that you can use in any weather. Additionally, 5w40 has better heat resistance properties, making it ideal for extreme conditions and aggressive driving. Therefore, 5w40 is more suitable for use than 15w40.

You can temporarily top off your engine with 15w40 instead of 10w30 if the engine is not worn-out and the temperatures are not extremely cold. However, you need to revert to the oil recommended by the manufacturer as soon as possible. This is because the sudden change in viscosity will cause a change in oil pressure, affecting your engine’s performance and shortening its lifespan.

Using 15w40 in an engine that calls for 10w30 may not have adverse effects initially. But as time goes by, the engine will have difficulties starting.

If you are using an engine from the 1980s, you will have more freedom swapping 15w40 instead of 10w30 and vice versa compared to a post-1990 engine. This is because most modern engines are specifically designed to use the manufacturer’s recommended oil.

No, it is not recommended. 15w40 oil has a higher viscosity than 10w40. This means that 15w40 will be heavier and thicker in extremely cold temperatures than 10w40. Therefore, 15w40 will not flow as quickly as required, especially on startup. In some cases, 15w40 oil may not even reach some of the crucial engine components completely.

On the other hand, 10w40 will perform well in cold temperatures and relatively high temperatures. The rule of thumb will always be to use the manufacturer’s recommended oil for your vehicle’s specific brand and series.

Both 15w40 and 15w30 are multigrade engine oils that you can use interchangeably over a short period. However, 15w30 oil is best suited for newer engines that have not yet been pushed to their limits.

On the other hand, 15w40 is best suited for worn-out engines and aggressive driving style. If you use 15w40 instead of 15w30, you may notice a slight increase in your fuel consumption.

Even though using 15w40 instead of 15w50 will not cause adverse problems to your engine, you may notice that your vehicle will use a bit more fuel than before. Also, using 15w40 instead of 15w50, as the manufacturer recommends, may cause extensive wear and tear to your engine in the long run because 15w40 is thinner than 15w50 in hot temperatures.

It is always advisable not to use engine oil that is thinner than the one recommended by the manufacturer.

Therefore, using 20w40 instead of 15w40 is not recommended in cold temperatures as it may cause the engine to have a difficult cold start.

On the other hand, you can use 15w40 and 20w40 interchangeably if you live in an area with hot temperatures. This is because both oils thin the same in higher temperatures. If you are topping off your car, both 15w40 and 20w40 will work fine. However,15w40 is best suited for heavy-duty engines found in trucks and tractors.

You can use 15w40 instead of 20w50, especially in cold temperatures. This is because 15w40 thins easily than 20w50, thus will work better for cold starts.

15w40 is best suited for diesel engines, while 20w50 is intended for gasoline applications. However, you can use both engine oils interchangeably, especially if your engine does not have valve timing.

Know Your vehicle brand and series

The first thing you should consider when shopping for an oil alternative for your vehicle is the exact brand and series. Modern vehicles are equipped with high-performance engines meant for high efficiency.

As a result, the new engine oil formulations have been ideally designed to match these requirements.

Before purchasing any engine oil alternative, ensure that you refer to the owner’s manual to know the right engine oil recommended by the manufacturer for your vehicle.

Know Where You Will Be Driving Your Vehicle

Another factor you need to consider before using engine oil alternatives is where you will be driving your vehicle. Is the temperature in that location cold or hot? Will you be driving on paved or unpaved roads? Your vehicle’s engine will tolerate different strain levels depending on the regular road conditions.

For example, if you will be driving on rough unpaved roads most of the time, you need to change your engine oil more frequently than those who drive on paved roads. It is because some engine oils work better in extreme weather and road conditions than others.

Know The Type of engine oil

Before purchasing engine oil for your vehicle, you should consider the type you need; choose between mineral and synthetic oil. Mineral oils are made from the refining of petroleum, while synthetic oils come from a mixture of various synthetic components. Both types have advantages and disadvantages.

For instance, mineral oils offer excellent lubrication and are relatively cheaper. However, mineral oils also contain more impurities than synthetic oils and can easily cause sludge buildup in your engine.

On the other hand, synthetic oils contain fewer impurities, and you can count on them for excellent engine protection and chemical/thermal stability. Additionally, synthetic oils last longer than mineral oils. The only drawback to using synthetic oils is that they cost more. If you never subject your vehicle to extreme conditions, synthetic oils may not be worth the extra cash.

Due to the high cost of synthetic oils, more companies are now manufacturing semi-synthetic oils. These engine oils offer the same benefits as synthetic oils but are relatively cheaper.

Unblended engine oil with no additives will be very thick, especially on cold days. Also, the engine oil would be extremely thin at high temperatures, thus offering no protection to the engine.

The Society of Automotive Engineers (SAE) came up with a rating system for oil viscosity that would consider the weight of the oil and other factors. This rating system uses four or five characters, such as 5w20, to indicate the viscosity grades of different engine oils.

There are many multi-viscosity engine oils on the market today. Therefore, you do not need to worry about purchasing different engine oils for hot and cold weather. Thicker and heavier engine oil does not always equal greater engine protection.

In fact, most car manufacturers nowadays recommend purchasing lighter engine oil. This is because most modern engines have tighter spaces between components, making it difficult for heavier engine oil to flow freely. Additionally, lighter oils offer better fuel economy than heavier ones. The right oil viscosity for your vehicle’s engine is usually indicated on the owner’s manual or oil cap.

Before using any engine oil alternative, it is also important to check the standards of the product. The different oil standards are usually indicated using acronyms like ILSAC, API, and ACEA.

These standards are important since they specify the kind of engine the oil is meant for. They also indicate the quality and performance level of the oil. Here is what the most popular standards represent:

This is the oil standard of the European Automobile Manufacturers’ Association. This standard is usually indicated using two characters, a letter and a number, such as A1. The letter is used to indicate the type of engine the oil is intended for.

On the other hand, the number is used to show the kind of performance the engine oil will deliver.

It is worth noting that some engine oils meet the requirements needed for S and C oils simultaneously.

link to Can You Use White Lithium Grease On Electrical Connections?

Continue Reading
link to Where Is TPMS Reset Button On RAM 1500? (Know It Now!)

Like most vehicles sold in the U.S., the Dodge Ram 1500 is fitted with a Tire Pressure Monitoring System (TPMS), which assists drivers in maintaining the correct tire pressure. Where Is TPMS...