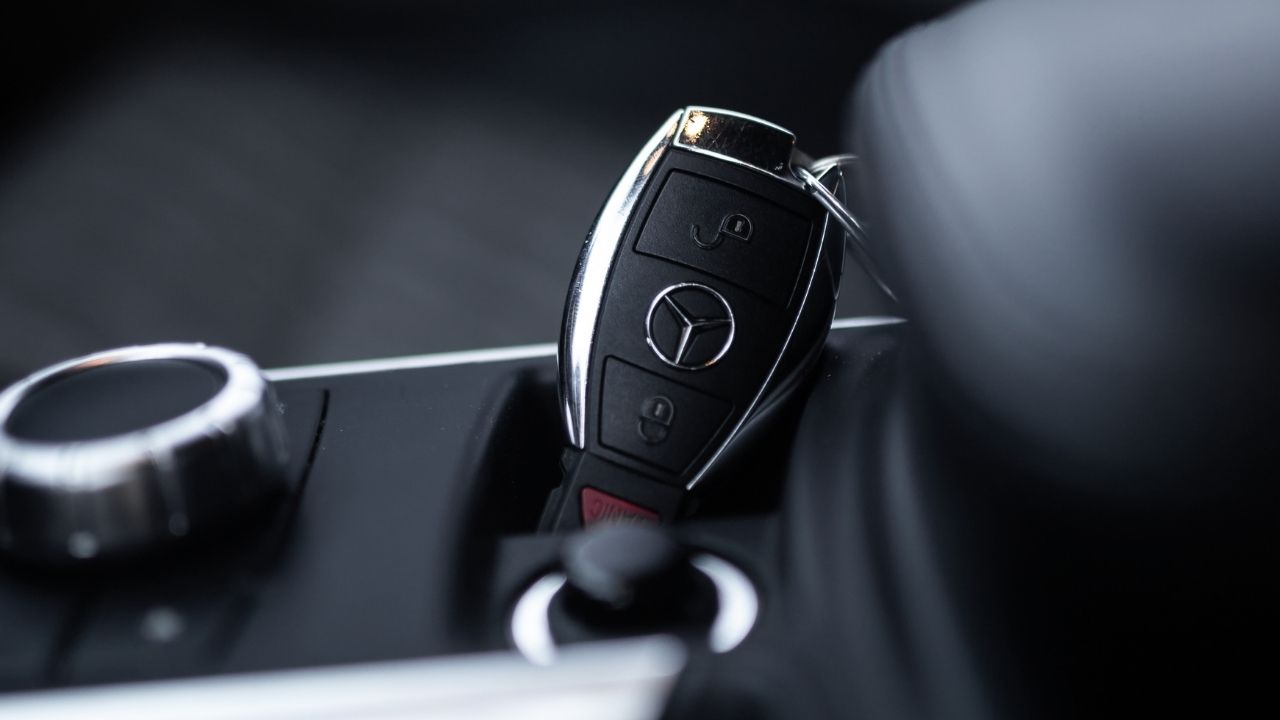 Forgetting the car key in the car is a pretty common occurrence. Many car owners, including myself, have only recalled the car key a few hours later.

There are other reasons for the same that I will highlight below.

If you have forgotten the key in the ignition slot in the on-position, the entire circuit of the car will be complete. Even though most car systems will not be functional, since the circuit is complete, there will be drain current flowing around in that circuit.

The drain current leads to the discharging of the battery. Since you might forget it for a couple of days, there is a continuous discharge of the battery, which will drain it and make the battery die down completely.

Overheating of the coil:

When there is drain current flowing through the car’s systems, it will encounter some or other resistance. Often, this resistance is present in the coil of the car.

When current passes through resistance consistently, there is some loss of heat. Occasional heat generation is easily dissipated in the car.

Moreover, air will propagate through the car and dissipate the heat when the car is running. When it is stationary and the coil heats, the heat dissipation is not that efficient

In that case, overheating of the coil might take place as well.

While this is detrimental for your car, overheating the coil also has another effect.

Thus, when you leave the key in the ignition slot for a long time, the battery will undoubtedly become dead or at least get partially discharged.

It brings us to the next question, what if you leave the key in the ignition with the car in the off position.

What Happens If I Leave Key in Ignition With Car OFF?

In that case, as well, the battery will get discharged somewhat. The reason is that the key fob will consistently communicate with the car’s systems, leading to the usage of the battery.

Not only that, many modern cars have a key detection system. It means that whenever the key is in the slot in the off position, it will detect the key independently.

That is why it starts preparing the systems for the anticipated start. It is done to ensure that the car starts in a split second. While this feature is not available in all cars, it is available in most modern cars.

Due to this, the load on the battery will increase as the car system will anticipate the turning on of the car.

In both these cases, even though the keys are in the off position in the ignition slot, there will still be some battery drainage.

What Should I Do If I Left My Keys In The Ignition And Now The Car Won’t Start?

This is more of a makeshift solution, but in case the battery is not the problem and a loose connection is, this will help you start the car.

Many times, since the keys are inside the ignition slot for such a long time, they might get dislodged or might not push the right levers or gear inside the key slot.

If your car is not starting due to the same, a simple solution is to try a spare key. It will be able to unlock your car and turn it on swiftly.

Most modern cars have an icon on the dashboard that lets you know if the car’s battery is weak.

Even if you do not start the car’s ignition, the low battery warning sign will flicker consistently.

Once you have left the key in your car for long enough that the battery is drained down, this light will start flickering.

With the help of this light, you will be able to find out whether your car’s battery is weak or not.

After you have detected that your car’s battery is weak, the only solution you have is to use a jump starter. After the jump starter, the battery will not be able to gain the entire charge.

To ensure that the battery starts charging itself, you have to drive it around for at least 15 to 20 miles.

Nevertheless, once you detect a low battery, using a jump starter is the only solution.

How Long Can I Leave The Key In Ignition?

Generally speaking, you can leave the key in the ignition for 15 to 20 minutes without adverse effects. Anything greater than that can drain the battery.

However, this duration also depends on a couple of factors.

The battery’s age matters a lot. If the battery is 3 to 4 years old, you can leave the key in the car for twenty-five minutes to 30 minutes without any adverse impact.

However, if the car battery is 5 to 7 years old, leaving the key in the ignition slot for more than 15 to 20 minutes will cause significant strain on the battery.

The usage of your car also matters a lot when it comes to leaving the key inside the ignition.

For example, if you haven’t used your car in fifteen days or so in after that, leave the key in the ignition slot; even fifteen minutes will drain the battery of your car.

If you use your car daily, the battery will also get recharged. It means that even if you leave the key in the ignition slot for twenty minutes or so, there will be no adverse effects.

How Should I Not Forget To Pull Out My Key From The Ignition?

Habits are hard to ignore, and therefore you will always carry the key with you. Instead of haphazardly getting out of your car, creating a proper exit ritual is a much better idea. And exit ritual will soon result in a habit.

For example, before picking up your wallet or in your smartphone from the centre console, form a habit to pull the key out of the car’s ignition and put it into your pocket.

Once you do this like 10 to 15 times, you will be able to form an exit ritual, and after that, you won’t forget the keep the car.

Another option is to attach the key of your car to a lanyard. You can attach this lanyard to your wallet or smartphone, or some other gadget that you always pull out of your car before closing the door of the car.

Since lanyards are pretty long, you can easily use them in the way you want.

Moreover, lanyards are more noteworthy as compared to a simple key. That is why even if you do not attach it to anything still, you will notice the lanyard before you close the door of your car.

If you surely want to attach the key to your car with something, you can use a carabiner to do so.

A carabiner is noticeable and can carry a significant amount of weight.

That is why, whether you want to attach it to your smartphone to your wrist bracelet, or something else, you can do so. That way, you will never forget the key in the ignition slot of your car.

Does The Stuck Key In The Ignition Also Drain The Battery?

Yes, a stuck key in the ignition slot of your car can also drain the battery.

Will My Battery Completely Die If I Leave The Key In The Ignition?

If you leave the key in the ignition for long enough, it can completely kill the battery. In that case, you have to use a jump starter to start your car once again.